Choose your industry from our navigation and start browsing equipment solutions specifically for you!

Got it! Don't show this again

What is an Air Dryer?

How do Air Dryers work?

There are various types of Air Dryers. The two most common air dryers are Refrigerated Dryers and Desiccant Dryers.

Desiccant air dryers utilize the adsorption method of moisture removal and are applied when air quality requirements call for pressure dew points below 38°F and can produce few points as low as -100 °F. Water in the compressed air is chemically bound to an adsorption material and dissolves. Both the water and material is then discarded.

Most desiccant dryers use a dual tower design where one tower is drying while the other is being regenerated. Whether using a heatless, heated or heated blower dryer, the compressed air produced is thoroughly dried as it is directed through the on-line desiccant-filled tower of the dryer. As the desiccant in this tower adsorbs moister from the air, the desiccant in the dryer’s offline tower is purged of moisture and readied for use. The basic difference in the three technologies is the manner in which moisture is desorbed from the desiccant, also known as regeneration.

What happens if I don’t have an Air Dryer?

As water is always present in the air, when the air is compressed, the water also comes with it but cannot be compressed. Temperature and humidity determine how much water there is and remains in the air. When some processes demands large amount of air, the built up water gets carried through the machine in either the liquid or vapor phase and remains inside unless it is somehow removed. Normally, the compressed air goes through an after cooler in the machine which cools down the air, compresses it into water drops and drips into a water trap and can be removed.  The left behind water that did not condensate can cause a variety of operational problems if it is not removed , such as freezing of outdoor air lines, corrosion in piping and equipment, malfunctioning of pneumatic process control instruments, fouling of processes and products and more. Use of air dryers significantly increases air quality and reduce maintenance costs.

DO YOU WANT TO BE UP TO DATE?

NEED FINANCING? GET A QUOTE 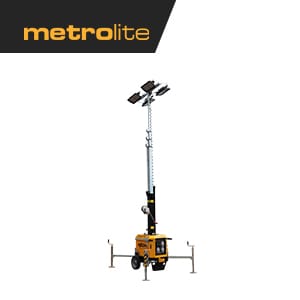 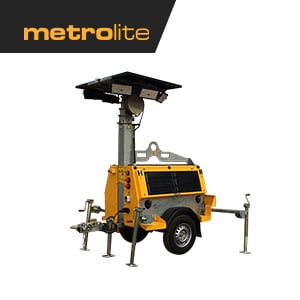 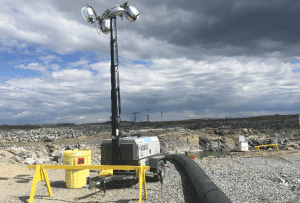 What Industrial Light Tower Is Right for My Construction Jobsite?

Light Tower for Construction Jobsite There are dozens of industrial light towers available on the sales and rental equipment market. With proper lighting being so critical to not only jobsite productivity, but construction crew safety, knowing what type of light tower to rent or purchase is not a...
Read More 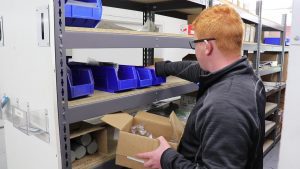